Jeed is Chairperson of the Thai Network of People Living with HIV/AIDS (TNP+) and a volunteer at the children’s wing of the Mercy Centre in Bangkok. Each month the Centre supports around 100 children living with HIV, including 20 on a residential basis, caring for children who have lost their parents, and a further 80 regularly attend social and educational activities and for meals.

“I was diagnosed with HIV at 21, in 1995. Treatment wasn’t available in Thailand at the time, all they could do was treat the symptoms. I became hospitalised, where I would stay for the next two years. I was so close to death that I prepared for my own funeral. I even had my picture taken, to display by my coffin, so it would be one less thing for my mother to think about. 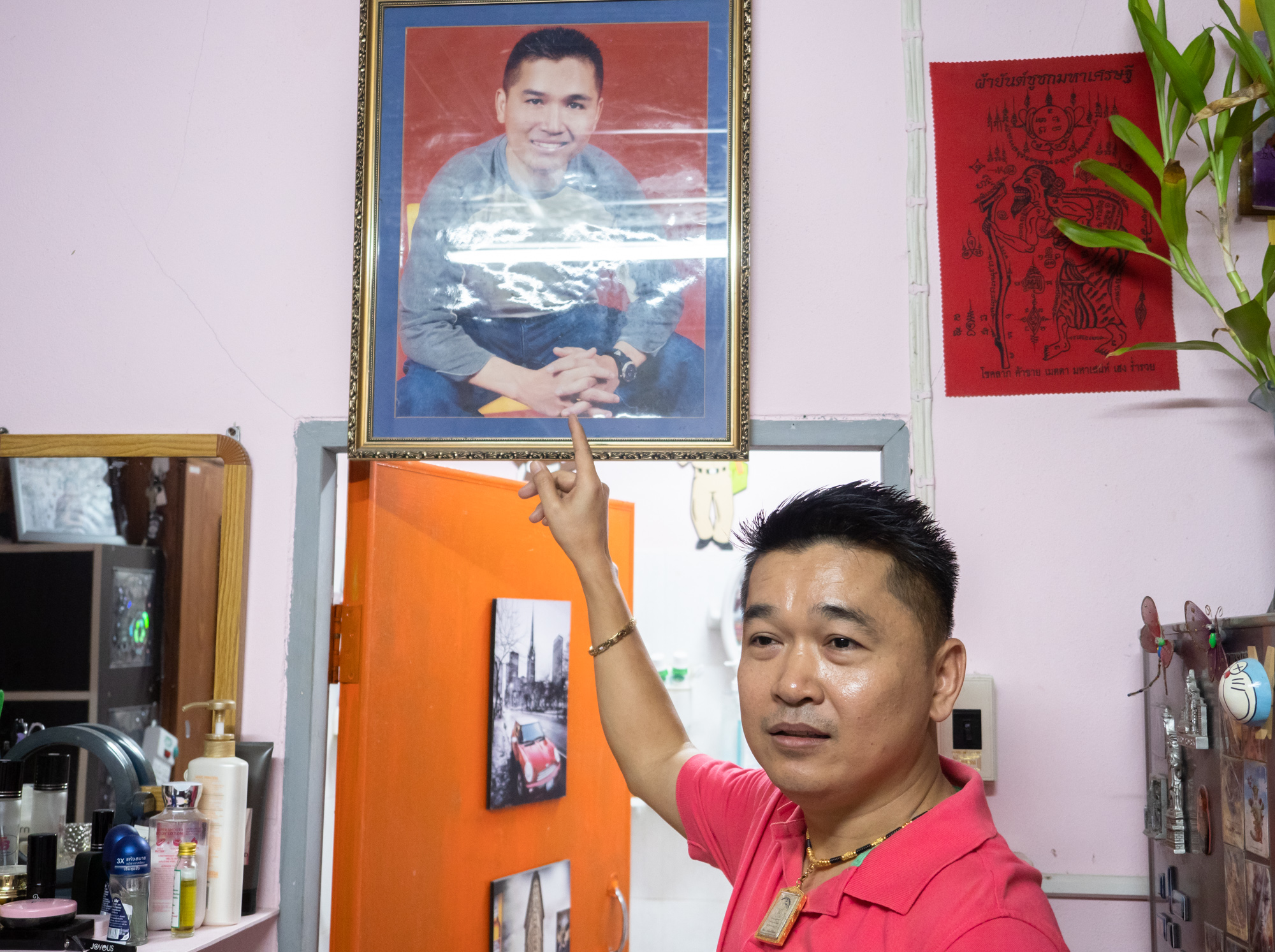 “I was so close to death that I even had my picture taken, to display by my coffin, so it would be one less thing for my mother to think about.”

In 1999 I was unable to talk, I was fed on a tube. The doctor approached my mother to tell her that buying the drug ourselves was the only hope.

The cost of treatment was so expensive and information so scarce that my mother just presumed it was a one-off fee. It was unfathomable to think of paying that amount each month (approximately $650 USD).

But, somehow, between them all, my family managed to find the money each time. They negotiated with the hospital; tried to find donors; sometimes they paid 50/50, and it went on like that, month after month for three years. My recovery was a family effort. I’m adopted and the youngest of five. I’m very lucky that I have a very supportive family, not everyone has the same background.

In 2002 I started accessing treatment free of charge. Even then it was a lottery. The drugs weren’t available for everyone. If you won the lottery, you won own your life.

When I’d recovered, I remember my mother telling me: ‘It took a lot of people to get you here, to arrive at this point’. She was telling me it was time to give back. I questioned myself if I could, whether I was able, but my mother made clear it wasn’t a choice, I had to. Five or 6 years after my diagnosis I began volunteering at the Mercy Centre.

I started with what I thought might be the easiest thing. I remembered how when I was ill and I couldn’t feed myself and there were there people to help me. So I started to feed friends in the centre, then I began helping people to shower or bathe. I also started visiting people at home, the Mercy Centre has limited capacity and there are people at home who need the same help.

The act of helping has a snowball effect. Even if you start small it will grow and others will join in helping too. I gathered a HIV patients group within the Centre & connected with other groups – including TNP+. It became very clear that access to treatment was the big issue.

Jeed, the chairperson of TNP+, is advocating for optimal treatment for all.

Over 20 years later, my life is a direct benefit of HIV treatment. I’m not just alive, I’m proud of living with HIV and demonstrating that it is possible. All these years later, I can live the same life I could live before HIV.

However, we must still demand more – especially when the science exists.

In Thailand we’ve been giving away patents! This has to stop.

On one hand we allow monopolies and on the other hand the health ministry says ARVs are too expensive. Evergreening has to be prevented and real competition must be introduced.

We will keep taking to the streets until optimal, affordable ARVS are included in the system.

If it means all this to me, imagine how much more it means to the children at the Mercy Centre.