Jeed is Chairperson of the Thai Network of People Living with HIV/AIDS (TNP+) and a volunteer at the children’s wing of the Mercy Centre in Bangkok. Each month the Centre supports around 100 children living with HIV, including 20 on a residential basis, caring for children who have lost their parents, and a further 80 regularly attend social and educational activities and for meals.

The longer that HIV antiretroviral drugs (ARVs) have been around, the more that is being discovered about long-term side-effects.

In many countries, ARVS with known side-effects are still in circulation, as heath budgets struggle to stretch to the price demanded for newer, more optimal treatment. This is particularly so for middle-income countries, including Thailand, where the over-patenting and over-pricing of drugs is itself an epidemic.

And it’s no longer solely older people living with HIV who are concerned about the long-term effects, as Jeed explains. 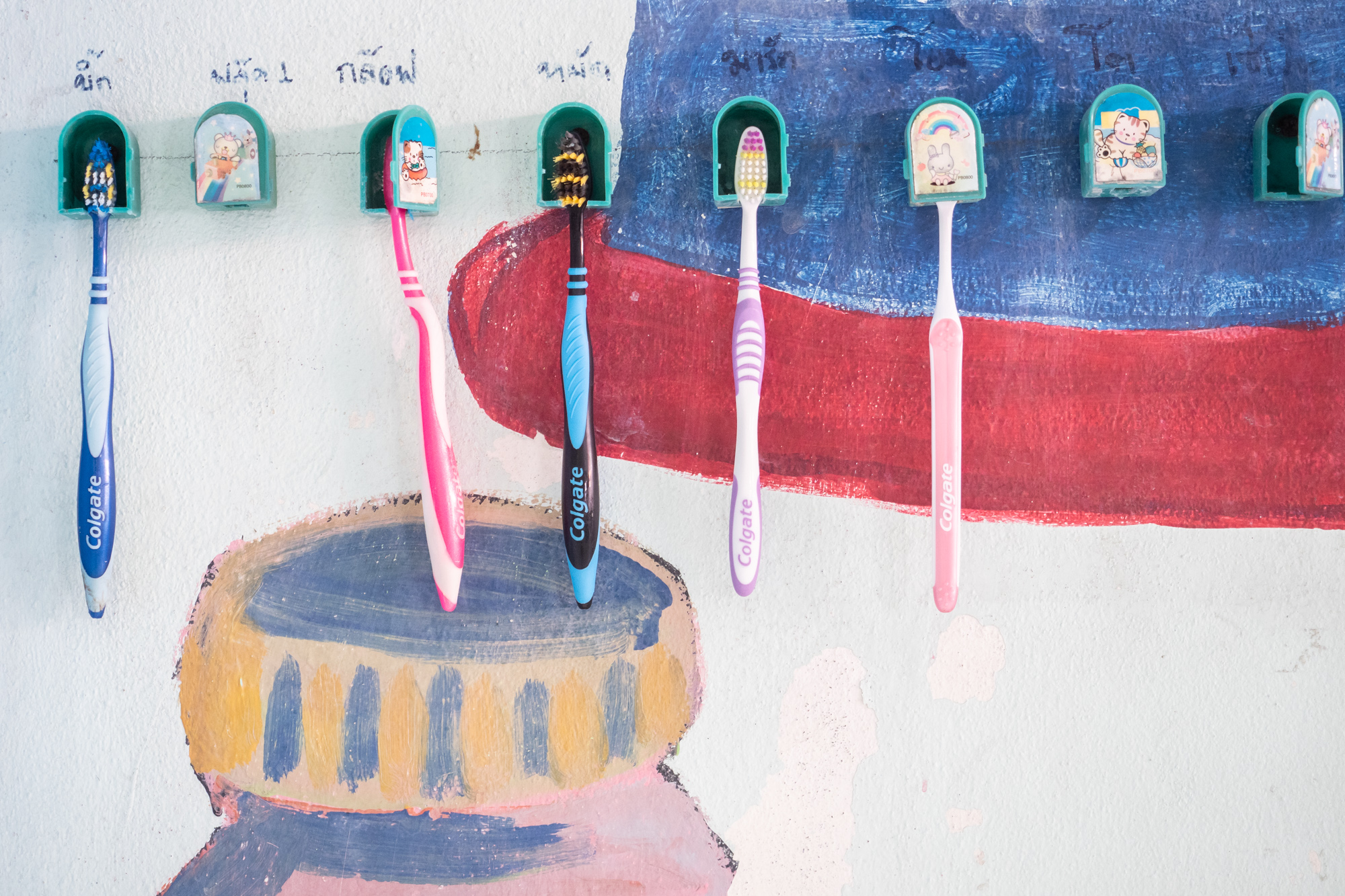 The Mercy Centre in Bangkok, which supports 100 around children living with HIV.

“Many of the children here at the Mercy Centre have been on HIV medication since birth or from a very young age. That means that a child aged 10, or even younger, can be affected by long-term side-effects of HIV treatment.

The drugs the children take are designed for adults, which are cut down to size. Often they’re big pills, even for adults, and so they are not easy to take.

There’s no pediatric versions for children. For the older children a pill will get chopped in half. If it’s for a baby the doctor will have to cut, cut, cut, and keep cutting until the dosage is right.

The long-term side-effects we’re increasingly seeing among children include anaemia, high cholesterol, and type 2 diabetes. It is much more common for type 2 diabetes to develop in older people. Medical staff have advised the children about diet, but we know there’s more behind it than lifestyle. We have an overview of 100 children, including their diet, and their HIV medication is the common factor.

There is some existing research to show the link between diabetes and ARVs. It’s largely linked with older medications, such as stavudine, which is still included in one of the regularly prescribed combinations in Thailand (GPO-VIR).

These serious side-effects present a problem for adherence. Understandably, children are put off by the symptoms or due to the fear of developing further illnesses, but if children stop taking ARVs they may build resistance to first-line treatment.

A mural on the wall of the Mercy Centre’s dining room.

If you ask the children here which HIV drug they want, they unanimously say dolutegravir (DTG), but it’s not available through Thailand’s health system yet.

DTG is recommended for all lines of treatment (first, second and third-line.) Last year (June 2019), the World Health Organization (WHO) recommended that all countries immediately adopt DTG-based regimens as the preferred first-line treatment for HIV.

Originally the Thai government recommended DTG only as third-line in order to keep numbers and therefore costs down for what was perceived as an ‘expensive drug’.

We are expecting generic versions to finally be available in Thailand later this year and the revised national health guidelines are due to be published, which we expect to reflect the WHO’s recommendations for it to be available as an option for everyone.

Although more work needs to be done on making suitable pediatric versions of DTG affordable and accessible, as well as continuing to push back against costly patent applications, the availability of DTG this year could literally flip the lives of the children at the Mercy Centre.

It’s important for children to know about drugs and their options. It’s not enough to be told ‘take these pills’.

The more they know, for example, why they have to take it at a certain time etc, or why they must not have gaps, then there is more chance that the treatment will be effective.

The drug abbreviations are in English so they have to learn how to write the English alphabet. You could say that instead of learning their ABC, they’re learning their AZT and their DTG!

The kids at the centre can tell you acronyms for drugs, along with the side-effects, and the benefits, and other details. Unless you know the drug you can’t ask your doctor for it. And the children at the Mercy Centre want the options that other people around the world already have. They are asking for DTG.”

ADDITIONAL INFO:
A patent has been filed on a DTG combination drug in Thailand, despite the same patent being rejected in the EU. If successful in Thailand, this would push the price of DTG up, threatening universal access. AIDS Access Foundation and TNP+ have filed two third-party observations to oppose this unmerited patent.