On the day that new research is published, showing that countries are being overcharged by $34 billion a year for HIV drugs, Vera Varyga, 46, Positive Women, Kyiv, Ukraine talks to us about gender equality, optimal treatment, and how her own experiences led her to where she is today.

HIV treatment targets are woefully off-track around the world, including in Ukraine. If countries switched to generic versions of drugs, the world could treat 95% of people living with HIV for a year – the target set by UNAIDS for 2030 – for just four weeks of current global HIV pharmaceutical sales.

“Before I changed my HIV treatment I had daily stomach problems. I had to be very careful about what I ate, and it wasn’t comfortable if I had to travel, even for short periods, or to be in the office, even though I work with friends. You just want to stay at home when you feel like that, but you can’t stay at home for years!

I switched to the World Health Organization (WHO) recommended dolutegravir (DTG) based combination and my stomach problems went away on day one.

I’m a board member of Positive Women and an activist with 100% LIFE, the largest patient-led organization in Ukraine. My work is motivated by my own experiences. I tested positive for HIV when I was pregnant in 2002. There was no treatment available in Ukraine at the time. I was 29 and a first-time mother. I was pressured into having an abortion on account of my status, but I felt full of life, I wanted to keep my child.

The doctor screamed at me, saying ‘how dare you give birth to that child!’. He also told me that the baby would only survive a year, and so I should ‘give it up, but to pretend it died during labour so no-one would need to know the truth’ i.e. that I was living with HIV.

When I did go into labour, my medical card was stamped with ‘HIV’ in big red letters. It was humiliating. During my son’s birth no-one spoke to me, except to shout at me; no-one touched me except to kick me, or to pull me back when I tried to get myself into a comfortable position.

During my son’s birth no-one spoke to me, except to shout at me.

My lovely, healthy son is now 17 and I also have a second son, age 10. I’m glad to say things have drastically changed, it was much easier and more respectful the second-time round, and both my son’s were born HIV-free.

When a woman is first diagnosed the first essential thing she needs is acceptance. You must wrap her in love, support and care – like a baby.

Stigma, both self-stigma and from others, adds complications to women’s lives. We still see too often how a woman’s positive HIV status can be used to manipulate her. For example, to prevent her speaking out about domestic violence, or leaving an abusive marriage, due to the threat of her status being revealed if she does.

We can’t reach the 95-95-95 target without gender equality, gender-sensitive services, or optimal treatment for everyone.

I believe that optimal, affordable treatment goes hand-in-hand with reducing stigma. If more people in Ukraine see HIV positive people living healthy lives, like me, the fear could be reduced.

This could reduce the links between gender-based violence and HIV. It’s not a magic solution all on its own, but if treatment is affordable, it will not only save lives, but improve lives.

I’m lucky, I’m the only female in my house, but there is no boss, no hierarchy. My husband says he knows why we have only sons, ‘it’s because I have so many girls to look after already!’.” 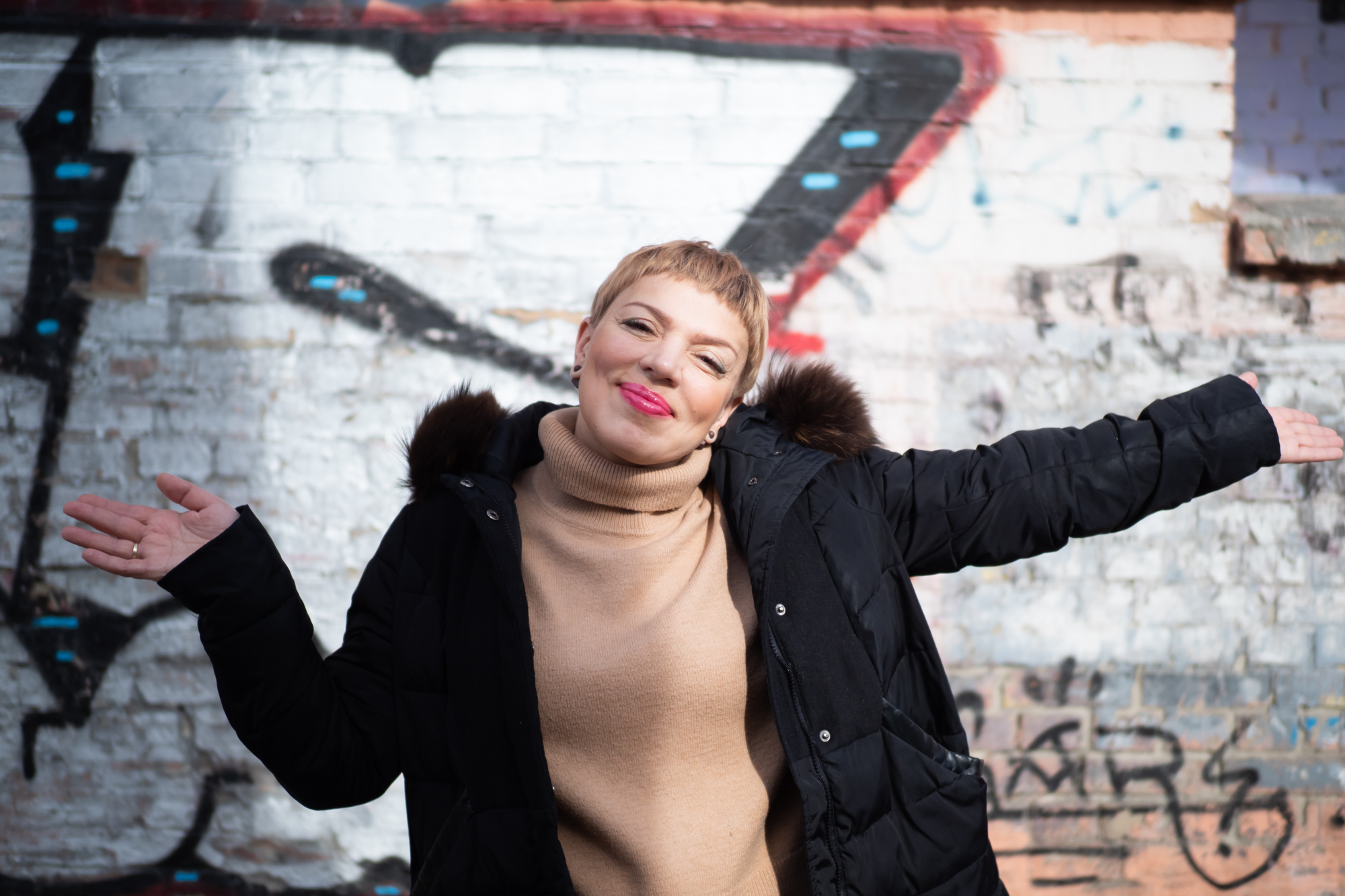