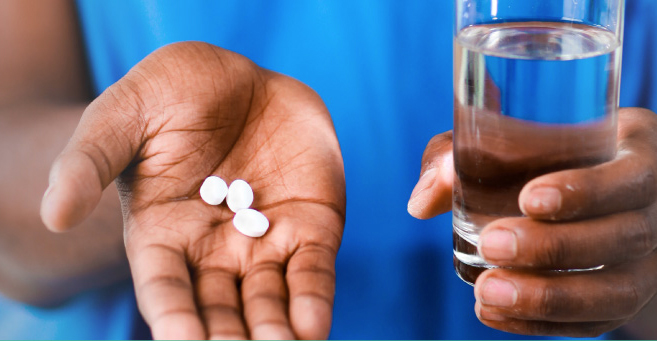 The right to life is being denied due to high prices for medicines. Addressing pharmaceuticals’ abuse of intellectual property law is essential to make treatment affordable.

For most member states of the Southern African Development Community (SADC), the cost of medicines remains a major obstacle in achieving universal access to treatment.

Swallowing between 22 and 66% of national budgets, medicines constitute the largest public expenditure on health after personnel costs. They are also the largest household expenditure. Essential medicines have become a ‘luxury’ that low-income households can’t afford.

Members of Parliament and leaders from the 15 SADC states have a responsibility to protect public health, and provide essential medicines to all patients. Earlier this year, our partners ARASA and SAPAM, collaborated with the SADC Parliamentary Forum to host a second dialogue with MPs. They also brought in relevant NGOs and technical experts to the discussion, with the aim of defining a strategy to increase access to medicines across the region.

“There is wide consensus that access to medicines is a human rights issue,” says Lynette Mabote, Programme Lead at ARASA. “However, while the abuse of intellectual property laws continues to hike medicines prices and in doing so prevents access, people continue to be denied their fundamental right to life if they cannot afford a certain medicine for a curable ailment.”

When large pharmaceuticals successfully manipulate intellectual property laws, and are granted unmerited patents – licenses which grant them extended 20 year monopolies because of a slight change on an already patented product – it enables them, as a sole supplier, to dictate high prices. The most common tactic being employed by pharmaceutical companies to extent patents on existing drugs, is known as evergreening.

No reason to grant some patents

All SADC countries are signatories to the TRIPS Agreement. This international trade agreement aims to protect and reward genuine innovation and promote domestic development through trade. Certain provisions, or flexibilities, within this agreement, can be used to safeguard public health outcomes. In practice, this can mean overruling patent protection on pharmaceutical products and using a ‘government-issued’ or ‘compulsory’ license, in order to procure essential medicines at affordable prices. Furthermore, countries classified as Least Developed Countries (LDCs), which make up 8 of the 15 SADC countries, do not have to grant patents on pharmaceutical products until 2033, even if the county has an intellectual property law in place.

Some countries seem to be granting unnecessary patents – Celestine Kumire

Back in 2012, SAPAM carried out an analysis of the level of use of the TRIPS flexibilities in SADC countries, which showed that the flexibilities are not being routinely implemented and revealed a persistent trend of patents being granted on medicines which should no longer enjoy patent protection. “Some countries seem to be granting unnecessary patents because of weak systems which do not allow for the examination of patent applications,” says Celestine Kumire, SAPAM’s Programme Director. “However, there are also examples of best practice within SADC, that as a region we can learn from.”

Best practice example include how most SADC countries have now either already revised or embarked on reviewing their intellectual property legislation to incorporate TRIPS flexibilities. These include Botswana, Lesotho, Malawi, Namibia, Seychelles, Zambia and Zimbabwe. Zimbabwe is the only SADC country to date, to issue a compulsory license, which enabled the procurement of more affordable ARVs.

ARASA and SAPAM continue to work towards a coordinated response across the region, with the aim of all states using the flexibilities laid out in the TRIPS Agreement.

Due to the cost of patented drugs, along with a reduction in funding from traditional donors towards the HIV and TB response in the region, the longer term goal would be to see SADC countries move towards complete self-sufficiency by strengthening the manufacturing capacity of member states to produce these essential medicines – including 2nd and 3rd line ARVs and TB drugs.

Like the rest of Africa, the SADC region depends heavily on imported patented and generic medicines. About 85% of the generic ARV medicines used in the region are imported and only 15% are manufactured within the SADC region. There is hope that the balance can be changed, and manufacturing capacity exists in countries such as South Africa and Tanzania.

To work as a region, the collection and sharing of data is essential so all countries can procure the best drugs at the best price. SAPAM has laid the foundations by developing the SADC Medicines Database, an online platform for sharing information (currently being updated). It stores procurement data of SADC members, including methods, prices, sources and quality. By building the capacity of SADC members, the aim is to provide those with a patent granting, or influencing role, the knowledge required to refuse unmerited patents, as well as providing those with a procuring role, the information to access drugs at the best price.