Access to optimal treatment for HIV, Hepatitis C and all essential medicines should be equitable. Unnecessary barriers are standing in the way of this.

Activists in Georgia describe how stigma and discrimination is creating a punitive and inaccessible environment. This, combined with the over-patenting and over-pricing of medicines by pharmaceutical companies, results in people dying from treatable conditions.

Civil society is bringing these barriers down. Our campaign partner, Open Society Georgia Foundation (OSGF), collaborates with activists fighting for rights and access to health.
Here, we hear from people working on HIV, Hepatitis, LGBTQ+ rights and harm reduction.

An estimated 11,000 people are living with HIV in Georgia – less than half are on treatment.

A person’s HIV treatment journey starts with testing, but “more than 40% of people living with HIV in Georgia do not know their status,” says Gocha, 27, a  LGBTQ+ activist living with HIV.

150,000 people are living with Hepatitis C. “It’s a very big number for this little country,” says Dr. Maia Butshashvili, based in Tbilisi. Overly punitive laws on drug use affect the uptake of treatment. 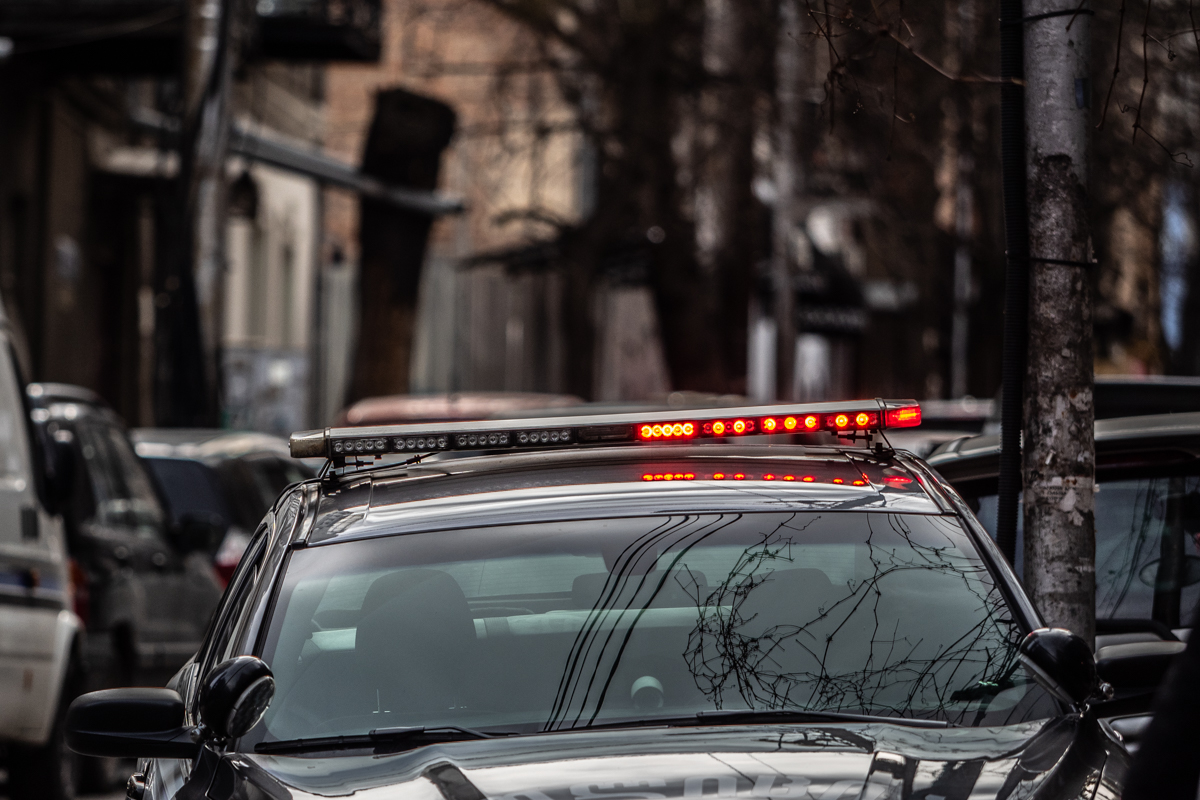 “I was in prison when I was diagnosed with Hepatitis B,” says Temo, 33. He is living with both Hep B and Hep C. He has treatment for one virus but not the other.

“I’m not being treated as a whole person” – Temo.

In theory, everyone is entitled to free HIV treatment (under the HIV state program and through financial support provided by the Global Fund to Fight AIDS, TB and Malaria (the Global Fund).
However, in reality, over-patenting and over-pricing means that the health budget is struggling.

“The price difference between patented drugs and generic versions is unjustifiable – everyone knows the generics still make money at a much lower price” – Dr. Butshashvili.

“As a doctor I have been approached many times by pharma reps. We have a policy at this surgery – no collaboration with pharma companies!
It goes against all principles – they’re protecting profits my job is to protect patients” – Dr. Butshashvili.

Temo and his wife Mariam have been together for almost three years. Do you have children? “Not yet,” Mariam smiles.

The couple live with Temo’s mum and siblings while they save for their own place.

The only ‘little-one’ they’re focused on for now is Mr. Archibald, their kitten.

Friends pop in and out of the apartment, it’s a very inviting, warm home. Unfortunately for Temo, as a drug user, the same hospitality is not extended to him or his peers out on the street. 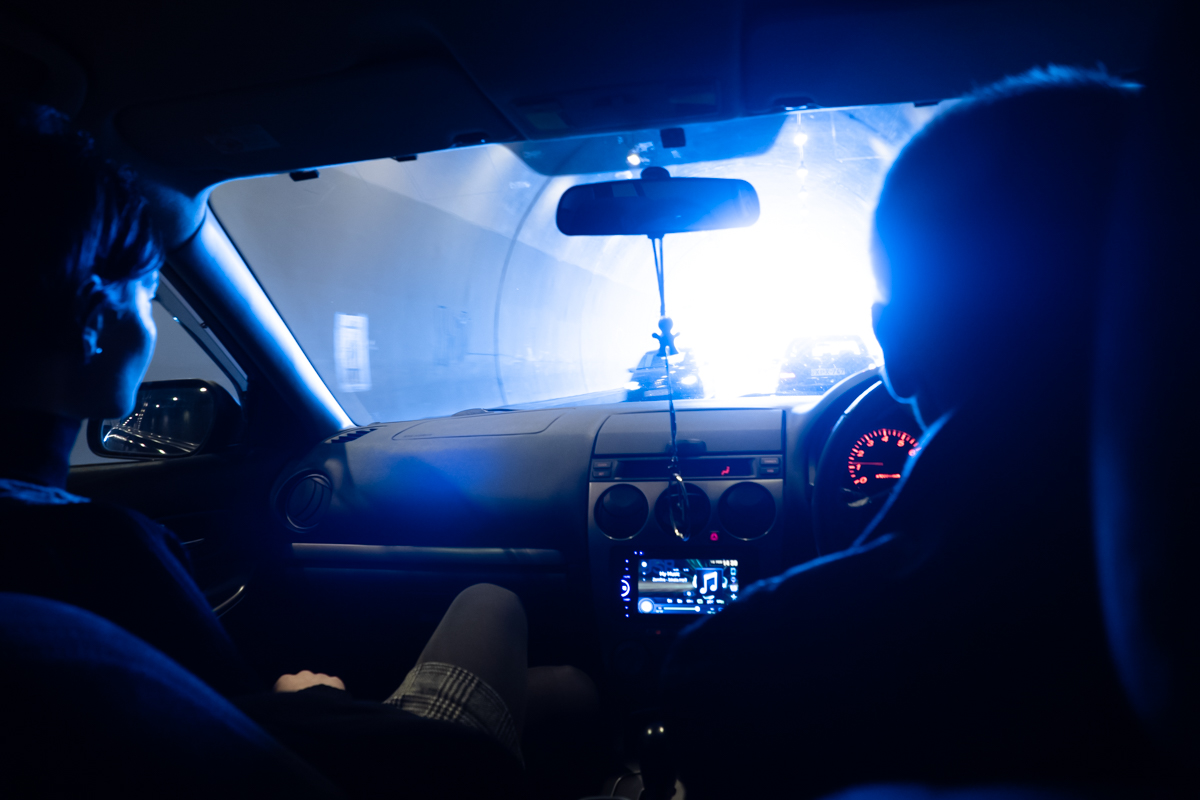 “I usually go out with Mariam, especially if it’s a late night. The police are less likely to stop you if you are with a woman,” Temo explains

“There’s lots of drug spot-checking on the street, just ‘on suspicion’.” Temo explains how in one year the police stopped 50,000 people for drug checking.

Temo receives Hep C treatment through via the state and a drug donation program.
“While it’s good news for Temo and others it is not sustainable for pharma companies to act as a ‘benefactor’ on specific treatment. It does not solve the underlying need for fairer, affordable pricing of all drugs, and all kinds of life-saving treatment” says Marina Chokheli, OSGF.

“You should have choices, right?” asks Dr. Butshashvili.
“We’re [often] stuck on one treatment… Different patients need different options, plus when there is competition it also reduces price.” 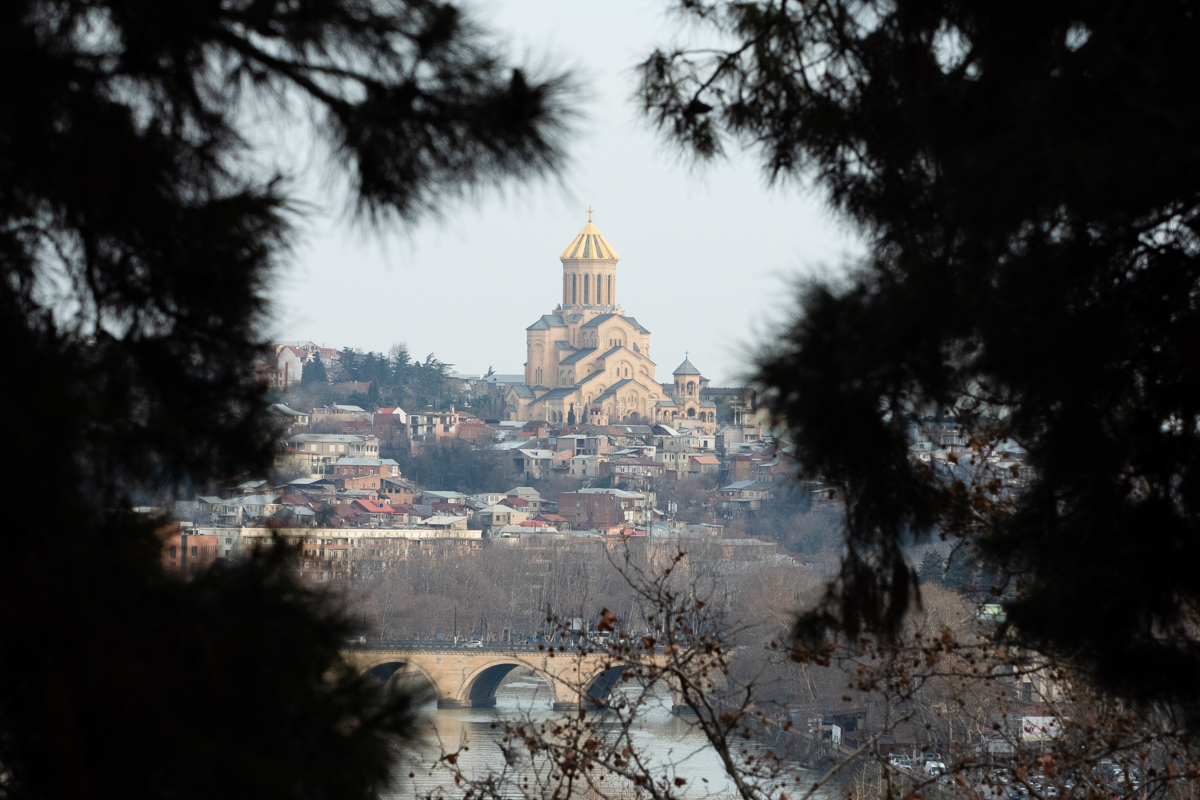 In 2013 Gocha helped to organize a small rally held to mark the international day against homophobia and transphobia. It was “aggressively ambushed” by the orthodox church and the far-right.

“It is very hard for me to remember that day”, says Gocha. “There were 20 or 30 thousand people attacking us versus just 15 or 20 of us on the bus, it was horrendous.”

“Only a few LGBTQ+ people or people living with HIV have the courage to talk about protecting our rights. We can’t move forward and solve some really important issues unless we do” – Gocha (right).

Gocha poses at Ballroom, a new LGBTQ+ friendly café-bar and safe space in the city, named after Ballroom culture. 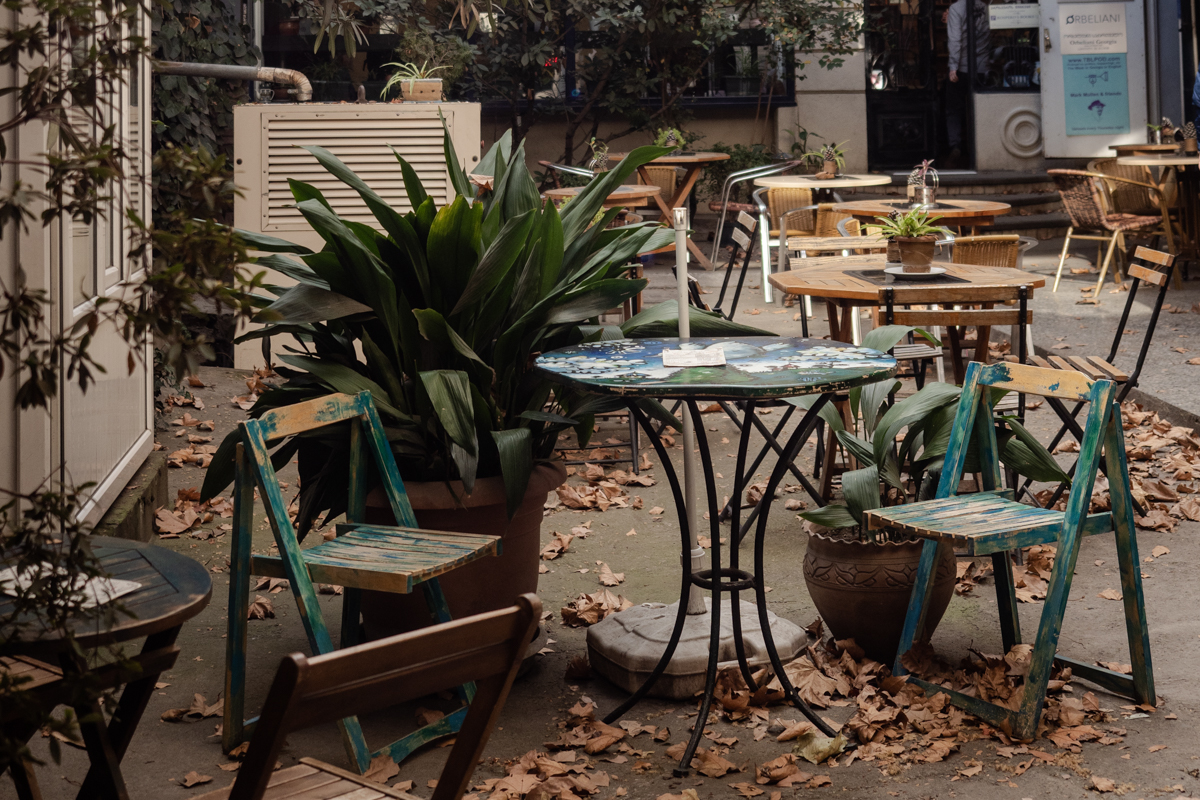 Gocha has witnessed a low level of treatment literacy among both people living with HIV and practitioners. Asking questions adds an extra tension to accessing HIV services.
“If you don’t like how they are serving you can’t just go and find somewhere else like you would with a café!”

“I have had to become my own doctor, my own health advisor.”
Gocha accesses an app (AIDS info) for information on medicines. 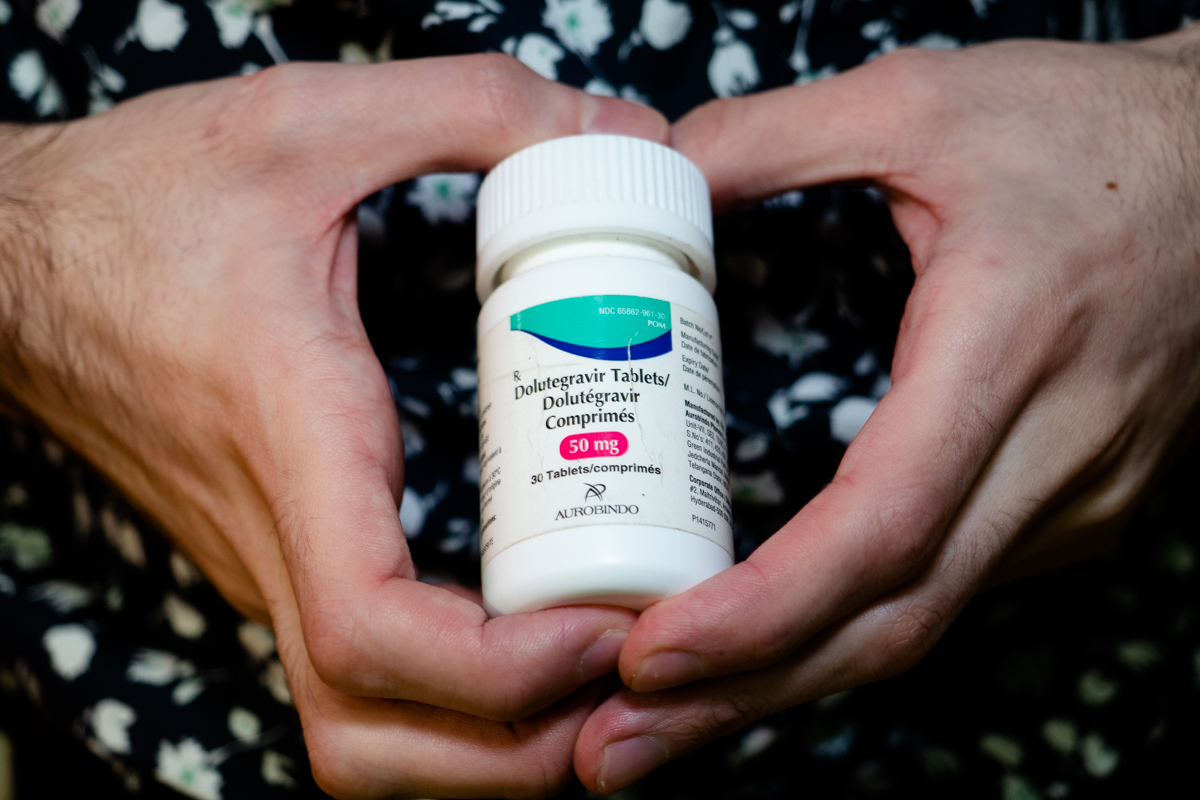 “I am on a dolutegravir (DTG) based combination,” shares Gocha.
In June 2019, the World Health Organization (WHO) recommended that all countries immediately adopt DTG-based regimens as the preferred first-line treatment for HIV.

His friend Tenzi has started taking DTG recently: “I had to battle with the doctor… he was saying it was for second- and third-line only,” says Tenzi.

Civil society is working hard to fill in the gaps and work towards a more sustainable and inclusive system for health and rights. Gocha is a co-founder and director of Pomegranate which established in 2018.

“We’ve called our organization Pomegranate because it represents all the different parts coming together as one. There is the blood of the pomegranate connecting all the expert civil society groups, including sex workers, LGBTQ+ people, drug users, and people living with HIV.”

“The attitudes, policies and politics surrounding drug use made me want to be an activist. I’ve been using drugs since 21 and an activist since 27.”
Temo is a member of the Eurasian Harm Reduction Network (EHRA), and the Georgian Community Alliance for drug users and he has established a NGO with friends.

Having seen change, Temo is optimistic that more positive change will come. “It would be one thing if the drugs didn’t exist to save and improve people’s lives, but they do, so we must find a way.”
“I hope one day the government will treat everyone. I’d like to be able to protect our future child.”