Today in Mexico City, dozens of treatment activists at the International AIDS Society (IAS) conference took over several drug company booths with balloons and streamers calling on governments across the world to join the #Science4All ‘party’ to ensure sustainable and affordable access to more effective medicines to treat HIV, drug-resistant tuberculosis (DR-TB) and hepatitis C that are currently priced out of reach for many people in need.

On the same day, an IAS press release stated that new evidence “highlights important advancements in antiretroviral therapy, including new and more efficient regimens with the potential to change the treatment landscape”.

“It is frustrating that the progress made by scientists in developing better and more effective treatment options, is still not reaching the people who need them in many countries”, said Othoman Mellouk, International Treatment Preparedness Coalition (ITPC). “We are not even talking about the latest innovations, but medicines that were developed and presented at conferences like this many years ago and have been recommended in the World Health Organization’s (WHO) treatment guidelines.”

Many medicines across the world are unavailable to people in need because of the high price tags, a result of patent monopolies that prevent generic competition. The patent system is being exploited by multinational pharmaceutical companies who continually extend their 20-year patent monopolies by making obvious, minor modifications to existing medicines, or filing patents for combinations of old medicines. This means that people must pay arbitrarily set prices for longer periods of time because there is no competition from more affordable generic suppliers. 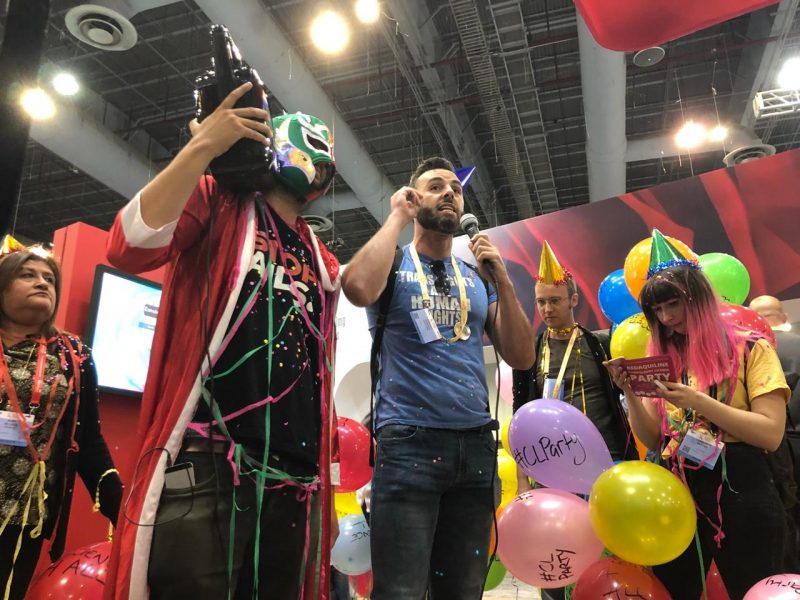 Science: Caught in a maze of profiteering

“Optimized treatments for HIV and hepatitis C are now a reality. All oral treatment regimens for drug resistant TB are a possibility,” said Francois Venter of the Wits Reproductive Health & HIV Institute (WRHI) in South Africa. “But for scientists and researchers like me, it is disheartening to see the fruits of our labor caught in a maze of profiteering. So many of us partner with industry, are funded by them and are employed by them. But as the scientific community, we must now speak up for people in need of treatment and call on governments everywhere to make use of any and all legal tools to ensure that we accelerate access to science, not profit.”

For scientists and researchers like me, it is disheartening… [we must] ensure that we accelerate access to science, not profit – Venter

Activists called attention to the increasingly complicated access pathways for critical medicines like dolutegravir, bedaquiline, and sofosbuvir/velpatasvir, as well as HIV prevention medicines such as tenofovir alafamide/emtricitabine, known as PrEP. Several years after the launch of these four medicines, pharmaceutical companies Janssen (Johnson & Johnson), ViiV Healthcare and Gilead have failed to come up with timely and realistic approaches to pricing that could allow countries to access and scale-up access to these medicines quicker. Their overinflated price tags instead force governments to divert scarce health budgets to purchasing medicines at the expense of broader health spending needs. So-called “access strategies” employed by pharmaceutical corporations, such as tiered pricing, voluntary licences or drug donations, are designed to maximise profits, eliminate competitors and to give Big Pharma much-needed public relations boost to divert public attention and scrutiny away from their real actions.

“We are inviting governments across the world to join our #Science4All “party” and use legal but under-utilized mechanisms, such as compulsory and government use licenses, to ensure access to medicines that are critical in the fight against these epidemics,” said Lotti Rutter from Health GAP. “Globally people are suffering and dying needlessly because governments are unable to procure affordable versions of life-saving treatments. Countries across the world, including the wealthiest, are facing unaffordable, exorbitant medicine prices. The routine and regular use of compulsory licenses to meet treatment needs is the need of the hour.”

“The use of compulsory licenses is neither new nor radical. Compulsory licenses are nationally and internationally recognized legal mechanisms that allow a country to protect public health by authorizing generic competition for a medicine even if there is a patent on that medicine. Compulsory licenses should not be a last resort—governments may use them as and when required, including if prices are deemed too high” said Mellouk.

“We can look to countries such as Thailand and Malaysia who have issued compulsory licenses for key HIV and hepatitis C medicines to support their universal healthcare and treatment programs, now others must follow suit. We want governments to revoke unfair secondary patents and issue compulsory licenses to make sure we can access lower-cost generics now!” continued Mellouk.

For more information, or to request an interview, please contact: