Danylo (name changed), 18, shares information about HIV with his university friends in Cherkassy, Ukraine. For example, “that HIV is treatable and it is possible to live a healthy life”.

“I talk to people about HIV, and I’ve also organised testing,” says Danylo. “I’ve been sharing facts about HIV since I was 11, when I first found out I was living with HIV.”

I was born with HIV. I remember first hearing the word when I was about six years old but it wasn’t until I was 11 that I was properly told. I was upset at first, I didn’t know much about it so I was scared, but my mum said all I had to do was continue taking my pills and everything will be OK – and it is.”

“There’s still a lot of stigma that exists in Ukraine, and some crazy myths. Like what? Well, one rumour is that it’s a biological weapon, developed by America to harm citizens in other countries. The KGB spread the myth in the 1980s and some people still believe it now.”

“I had a friend who was quite aggressive in his attitude towards people living with HIV. I didn’t tell him that I’m HIV positive myself but I was able to change his opinion, he no longer thinks people with HIV are ‘dangerous’.”

“I feel ready to be open about my status but my parents want me to wait, they are concerned about people’s reactions towards me, including some relatives who don’t know.”

Danylo’s own attitude is very positive. “If some people decided not to be friends with me because of HIV, well that would their decision.”

He describes his mother as a great support, they clearly have a close bond. “She told me that after my birth I was taken from her for two days, they didn’t let her be with me.”

It was common in the 1990s, when treatment was not available in Ukraine, for parents living with HIV to be encouraged to abandon their newborns, often feeling like they had no choice. “My mother’s former classmate worked in the hospital, and in the evening she brought me to her.”

Danylo’s mum had to fight to keep him. He’s proud of his mum. “I thank my mum for my confidence, she has always supported me.” He’s making her very proud too.

“I’m studying ICT. I want to graduate from university and start working with an IT company. Cherkassy is the Ukrainian equivalent of Silicon Valley, it’s known for its tech industry.”

He also plans to continue his role as a youth leader in the HIV response. He is supported by our campaign parter, 100% LIFE, and attends workshops and social activities. I’ve met many interesting people, and want to work in this area alongside my studies and help other adolescents. Treatment is one of the things I get asked about a lot, how to take pills properly and about any risks or side-effects.” 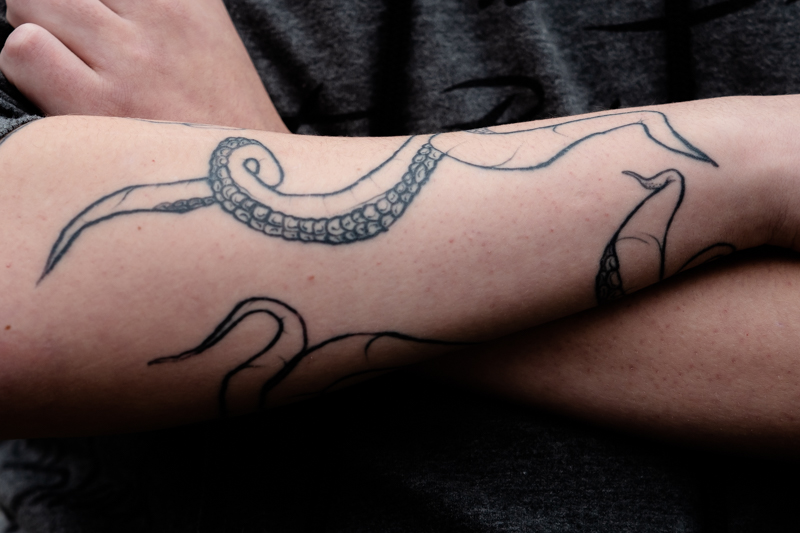 “My octopus tattoo is a work-in-progress. My counsellor asked me to chose a creature that I associated with. I like the octopus because it’s peaceful and it can find its way out of anything,” Danylo (name changed).