Our photo exhibition Love, Life and Riots will be on display at the Global Village (6-10 July 2020) via the Arts Exhibition Channel, for registered delegates.

In theory, the prognosis for a person diagnosed with HIV, Hepatitis C or TB is now better than it ever has been. In reality, that depends on where you live and who you are.

Access to medicines is not equitable. Millions of people die each year because essential drugs are overpriced. Scientific advancements are worthless if they are out of reach.

When health budgets won’t stretch to treat everyone in need, the most vulnerable are left behind. Treatment activists around the world are fighting patent barriers to make medicines affordable.

We won’t stop until everyone can access the life-saving medicines they deserve.

FOR EVERYONE: “There was no treatment in Ukraine when I was pregnant and tested for HIV. When I gave birth I had HIV stamped on a card in big red letters and no-one talked to me during my labour except to shout at me,” says Vera from Kiev. “It was traumatic how I was treated, but I wouldn’t have set up Kiyanka+ to help other women living with HIV, if I hadn’t been through it. Now I have two healthy sons who I’m so proud of. My husband says he knows why we don’t have daughters – because I have so many girls to look after already!”

DUAL BURDEN: Middle income countries have a dual burden of high HIV prevalence, and high prices for essential medicines. This forces countries to ration, resulting in a treatment gap.

HIGH RISE IN TREATMENT: In Ukraine, it’s estimated that 60% of people living with HIV are not on treatment. One reason for the large treatment gap is a big difference between the number of people estimated to be living with HIV and the number of people who go for testing and treatment. Stigma and discrimination remains a key barrier. However, among those registered, the treatment rate is rising, as drug costs go down. Interventions by civil society, to prevent or oppose unmerited patents, has helped to reduce the prices of essential meds and more people have been able to access them. The number of people on treatment will continue to rise, thanks to activists.

VERA: “I felt an improvement on the first day I changed my treatment.” Thanks to the advocacy efforts of 100% LIFE in Ukraine, dolutegravir-based regimens are now widely available for people living with HIV in Ukraine. After years of suffering side-effects caused by older medicines, Vera found these disappeared overnight when she switched to newer treatment. “If optimal treatment exists it should be affordable and available to everyone” – Vera.

LOVE: What would you do, or what wouldn’t you do, if someone you love needed treatment and couldn’t access it?

NOI: “If a pharmaceutical executive saw my baby die, they’d still over-price their drugs… They know the damage, but they put business first. They detach from reality while mothers detach themselves from their children,” says Noi, a regional coordinator for the Thai Network of People Living with HIV (TNP+) for the Isan region. She lost both her baby and her husband in the 1990s. Noi remarried and has a teenage son. She became a treatment activist because “no-one should lose a child”.

LIFE: “Better treatment can help reduce HIV-related stigma,” explains Kularb, TNP+ coordinator for Thailand’s central region. “Even after starting treatment my illness was very visible.” Her health was improving but the visible side-effects of muscle wastage meant that “people really stared”.  Her in-laws’ fears led them to force her out of the family home, with her newborn baby. “If treatment is optimal and others can see that you can you can live a healthy life it reduces stigma.” 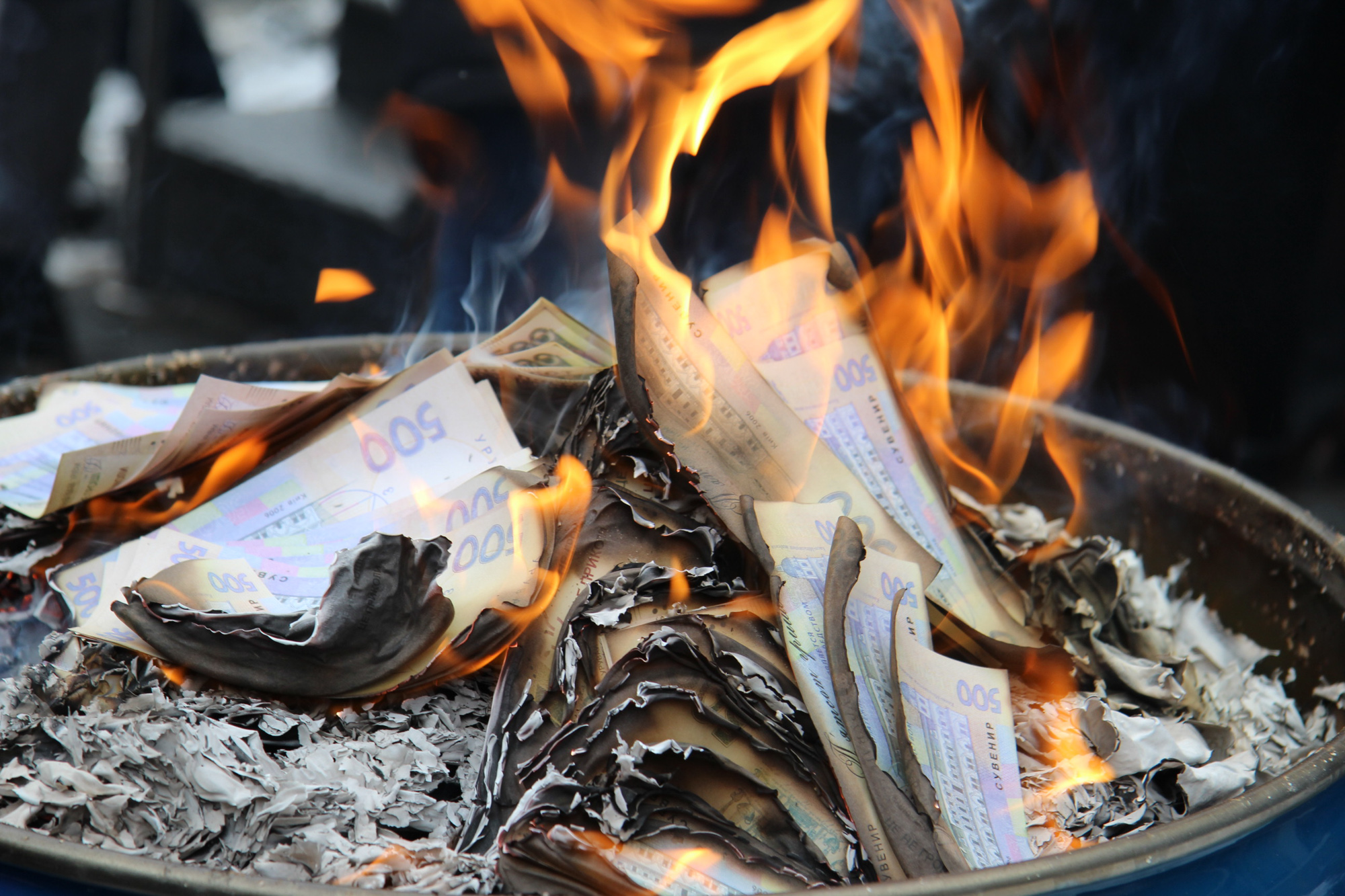 UP IN FLAMES: Money that could treat people living with HIV is as good as being burned in Ukraine. AbbVie’s unmerited patents and over-priced HIV drugs have denied access to thousands of people in the country year upon year. Treatment activists have held numerous protests outside court in Kiev against AbbVie’s refusal to relinquish its monopoly and save lives. The demonstrations, organised by 100% LIFE, draw media attention and widespread support. © 100% LIFE, Ukraine.

PEOPLE AT THE CENTRE: Across Thailand, protesters have objected to specific provisions in the free-trade agreement (FTA) between Thailand and the European Union, which would increase intellectual property protections on medicines. If they remain in the final agreement, it would lead to an increase of prices and profit for corporations – and a decrease in access to essential medicines for people. © Chalermsak Kittitrakul, AIDS Access Foundation, Thailand. 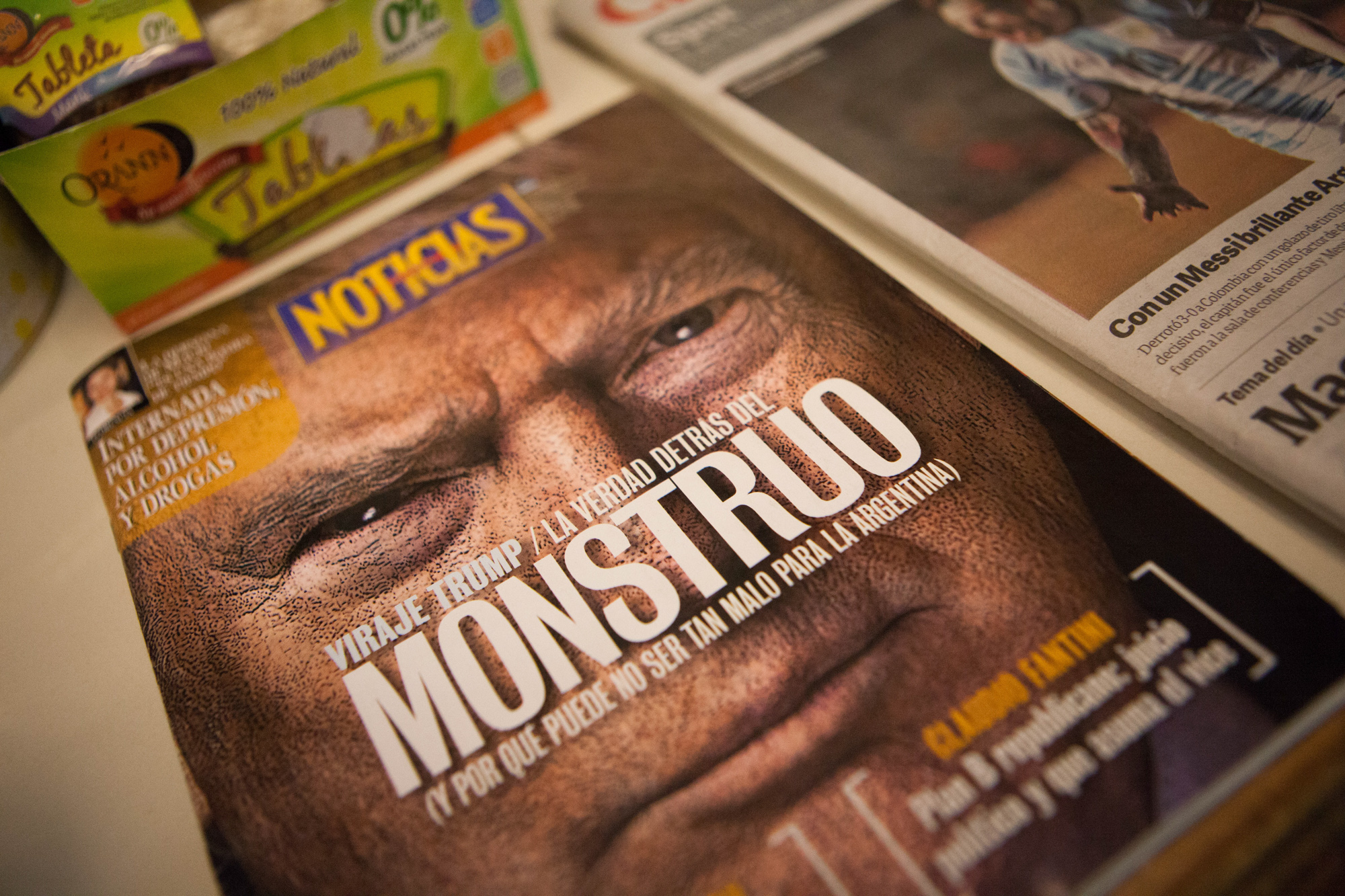 MONSTRUO: When free-trade agreements (FTAs) are being negotiated with low or middle income countries, typically the wealthier nations, such as the USA and the European Union, will forcibly push for stricter intellectual property (IP) protections, beyond what has been internationally agreed. The pharmaceutical industry is a fierce lobbying power behind this pressure.

DAY-IN, DAY-OUT:  Argentina’s improved patent law is designed to make patent examination more rigorous and prevent unmerited patents. It works. Less patents have been approved since it was brought in in 1996, but this is frequently challenged by the pharma industry, as their opportunities to profiteer have become more limited as a result. Abbott’s large advertising in Buenos Aires.

RIOTS: “It is very hard for me to remember that day”, says Gocha. “There were 20 or 30 thousand people attacking us versus just 15 or 20 of us on the bus, it was horrendous.” Six years ago Gocha tested positive for HIV. The same year, the Orthodox church and the far-right “aggressively ambushed” a small rally that he helped to organize, held to mark the international day against homophobia and transphobia. Many challenges lie ahead, Georgia is not considered progressive on LGBTQ+ rights, but last year (2019) Tbilisi held its first Pride march.

KNOWING: Gocha believes for more LGBTQ+ people to come forward for testing and treatment there needs to be more activists open about their gender and sexuality to help reduce stigma. A person’s HIV treatment journey starts with testing, but “more than 40% of people living with HIV in Georgia do not know their status” says Gocha (left), pictured with friend, Tengo.

JEED: “I was diagnosed in the 90s. I planned my funeral so that my mother wouldn’t have to. When I recovered, my mother told me I had to give back. A few years later I was volunteering at the adult centre of the Mercy Centre, helping others to feed, shower, keeping their spirits up – the same things others had done for me,” Jeed, chairperson of TNP+.

HOME: Jeed now volunteers at the Mercy Centre’s children’s home in Bangkok, which supports 100 around children living with HIV each month. The Centre is home to 20 children who have lost parents, while the others attend on a day-basis for food, educational activities and to socialise with peers.

BIG: Big, 11, has to have his pills cut down to size as pediatric versions aren’t available. Once they’re cut to size he breaks them up further to make them easier to swallow. “The pills are so large – and there’s so many! “ he says. “I would like dolutegravir (DTG). I think it’s better.” “DTG could literally ‘flip’ the lives of some of these children who have been on older regimens since birth,” says Jeed.

OCTOPUS: Danylo (name changed) is a HIV youth leader. He’s studying at university and encourages friends and peers to test for HIV. His activism is a new development, as is his tattoo. “I chose an octopus because it is peaceful and it can find its way out of any situation.”

GOD, SEX, DRUGS: Fighting not just taboos, but also corruption, in Ukraine. “We have been fighting corruption for 15 years. We constantly get legally challenged – and we always win. We have nothing to hide, but when you fight corruption, the big players don’t like it, they try to turn the tables and attention onto us, because when we’re wining in the fight for justice, we’re taking money away from them.” Dima, head of 100% LIFE, Ukraine.

ANDREI: “My wife and I found out we were living with HIV when we were expecting our first child. The doctors refused to deliver the child unless we paid them, I had to go and find the cash while she was in labour. Years later, after trying unsuccessfully for a second child, we discovered that we had also paid for the doctor to sterilise my wife without permission. As a husband, a wife, parents and as human beings we were so angry and upset, but as religious people we started praying.” Andrei is a priest in western Ukraine. He is changing the attitude of his congregation, the community, and his church. Pictured with his bible and ARVs: “I’m never without either.”

TEMO & MARIAM: “I was working in a bar when we met. He told me the first time we talked that he used drugs. He told me so simply and easily. It’s not a big deal for me, for us. They’ve been together for two years. Do you have children? “Not yet,” Mariam smiles. The only ‘little-one’ they’re focused on for now is Mr. Archibald, their kitten.

ONE PERSON, HALF THE TREATMENT: Temo is living with both Hepatitis B and C. He has treatment for one virus but not the other. “I’m being treated as though I am half a person,” says Temo.

WARM & INVITING:   Friends pop in and out of the apartment, it’s a very inviting, warm home. Unfortunately for Temo, as a drug user, despite now being on opioid substitution therapy (OST), the same hospitality is not extended to him or his peers out on the street.

UNDER THE MICROSCOPE:   “I usually go out with Mariam, especially if it’s a late night. The police are less likely to stop you if are with a woman,” Temo explains. “The Georgian law states that even if you are found with just a particle of a banned substance you can go to jail for 6 years or more. People are being prosecuted for possessing microscopic amounts of drugs.”

CHAOS: “There’s lots of drug spot-checking on the street, just ‘on suspicion’,” says Temo. “They like to stop the ‘skinny ones’,” says Mariam, “the ones they think look like drug users.” Temo explains how in one year the police stopped 50,000 people for drug checking. “If a urine sample tests positive you could be sentenced. It meant people were being sentenced even if they’d smoked weed a month ago.”

LIFELINE: In India, during the COVID-19 lockdown, HIV networks have been delivering ARVs to people at home, but it’s not been without incident. Leaving the house could be considered a “punishable offence” if deemed not to be necessary. “Food is considered essential for life, but so is medicine for us. It’s life-saving,” says Loon, from the Delhi Network of Positive People (DNP+). Loon has been delivering ARVs and other medicines on his motorbike for 8 to 10 hours a day to ensure people’s lifeline was not cut off.

WAITING: “We’ve been fighting for health care reform. The health minister changed and so now it’s delayed again. When he was appointed he said, ‘of course there’s a need, but we have time, there’s no rush’. I’m furious. YOU might have time, but we don’t! It’s not about you, of course rich, corrupt people have time. It’s about us, it’s about my kids, it’s about my neighbours,” says Valeria, a HIV treatment activist in Ukraine.

YOLO: “I remember the posters in the clinic when I was diagnosed with HIV. The posters said AIDS was a plague of the 20th century, and the doctors told me I had two years to live. I feel very lucky. It’s over 20 years later and I have a healthy life, a husband and step-children, and great colleagues. You only live once – and I intend to live it,” Natalia, who works for 100% LIFE in Ukraine, has YOLO tattooed on her hand.