Adapted from a post published by ABIA, Global AIDS Policy Watch: A joint story from Brazilian NGOs that have denounced the dismantling of the Brazilian AIDS program.

Brazil’s national AIDS movement – comprised of networks, collectives, civil society organizations and activists – repudiates Decree N. 9795 (read here in Portuguese), released on 20 May 2019, that establishes a new structure for the Ministry of Health. As a result, the former Department of STIs, AIDS and Viral Hepatitis is now named the ‘Department of Chronic Illnesses and Sexually Transmitted Diseases’.

More than a name change

This is not just a name change: it is the end of Brazil’s Program on HIV/AIDS. The government is unacceptably and irresponsibly extinguishing one of the world’s most important HIV programs, often referred to by the international HIV response.

Not just that, this decree goes against the historical democratic governance model based on wide social and intersectoral participation. This change, and its possible impact, was not announced or discussed during the meetings of the National Commission on STIs, HIV/AIDS and Viral Hepatitis (CNAIDS) and the National Commission on Articulation with Social Movements (CAMS), a month ago. 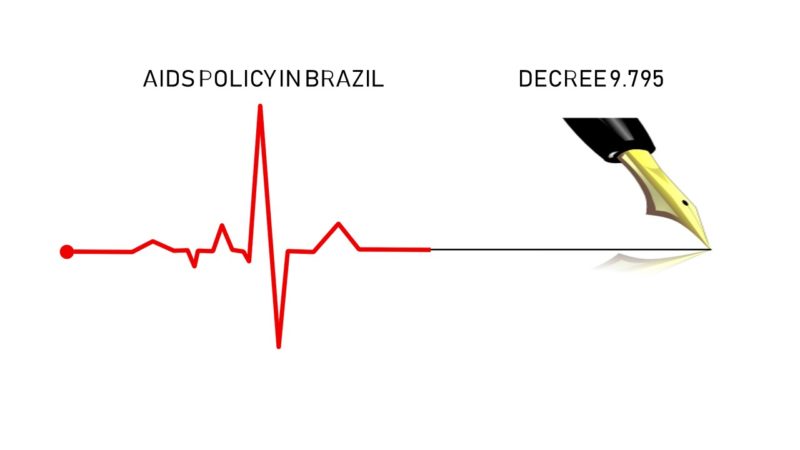 Once a globally inspirational model

Brazil’s HIV/AIDS Department has been an international reference in the fight against HIV due to: Its unique involvement with civil society (whether in conflict or collaboration); the bold decision to offer free and universal access to ARVs through the public health system; and its strong prevention campaigns. The approach  inspired other countries to develop similar strategies.

The symbolic effect of having a government structure dedicated to HIV/AIDS highlights the political commitment to tackling the HIV epidemic.

We expect to hear arguments denying that things will change, but it is clear that we are moving towards a de-prioritization and neglect of a disease that still kills around 12,000 people in Brazil every year. New HIV infections are increasing, especially among populations who experience stigma and discrimination, increasing their barriers to accessing prevention and treatment services. This decree makes those people even more marginalized.

Brazil’s HIV response has not been built overnight. It is the result of a daily effort for the past three decades of people living with HIV and minority or marginalized groups and activists. We cannot accept a ruling that extinguishes the Brazilian program and which is part of a wider tactic against diversity, deployed by Bolsonaro’s government. Through this Decree, Bolsonaro aims to kill marginalized populations symbolically and materially.

We will not be silenced in the face of the end of a Department that has helped to save thousands of lives. Maintain the Department of HIV/AIDS!

The Brazilian NGOs that have denounced the dismantling of the Brazilian AIDS program are: