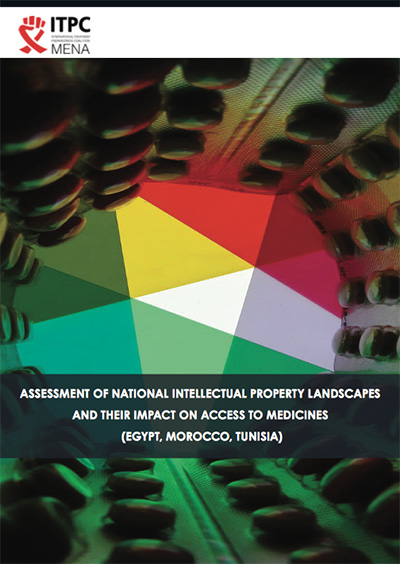 ITPC-MENA has released a comparative study of intellectual property provisions in Tunisia, Morocco and Egypt. The study was undertaken to assess intellectual property provisions in different bodies of laws (patent laws, pharmaceutical regulations, decrees on pharmaceutical products, free trade agreements, etc) that have an impact on access to medicines in the three countries.

Over the past few years, intellectual property provisions are becoming more numerous and complex, and are having a major impact on access to medicines. The monopoly granted by a patent prevents competition from generic manufacturers and is often responsible for high prices. Policy makers, public health experts and NGOs involved in access to medicines need to be able to understand where provisions exist, and their impact.

The study has described, analyzed, and assigned a score to each provision. The researcher has assigned each score based on their assessment of its impact on either blocking or facilitating access to medicines. The scores are a subjective assessment and not meant to provide a strict ranking for each country; however, they do offer an indication, and allow comparisons between countries.

The provisions considered include:

The provisions that facilitate access to medicines, or, on the contrary, prevent access were identified in the three countries. The results are presented in tables in order to compare the patent landscape of each country. It is a resource to help people understand and improve the legal framework related to medicines in their respective countries.

The intention is for the methodology to be used by policy-makers, public health experts and NGOs to assess the IP landscape in their country while also comparing their national legislation to others in the region.